Many years ago, when browsers didn’t have search boxes, Google launched a sidebar for Internet Explorer 4 and 5. The sidebar was available at google.com/ie and it was later used for all kinds of purposes: sidebar for Opera or Firefox, iGoogle gadget, mobile interface or as a simple interface for scraping Google results. 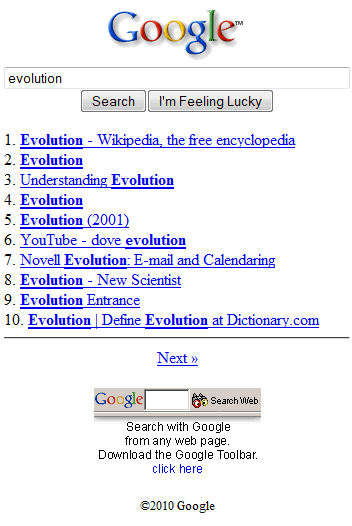 Scroogle, a proxy for Google search that doesn’t use cookies and doesn’t store search records, used this interface until yesterday, when Google decided to redirect it to a page that promoted a Google-optimized version of Internet Explorer 8.

“We regret to announce that our Google scraper may have to be permanently retired, thanks to a change at Google. That interface was at www.google.com/ie but on May 10, 2010 they took it down and inserted a redirect to /toolbar/ie8/sidebar.html. It used to have a search box, and the results it showed were generic during that entire time. Now that interface is gone. It is not possible to continue Scroogle unless we have a simple interface that is stable. Google’s main consumer-oriented interface that they want everyone to use is too complex, and changes too frequently, to make our scraping operation possible.”

When you create a service that scrapes web pages, you should know that a minor change to a page can break your service. Asking Google to keep an old interface, while breaking Google’s terms of service that prevent you from accessing services “through any automated means”, is ironic.

Fortunately for Scroogle and for all the users of google.com/ie, the simple interface is still available at http://www.google.com/search?output=ie, but it’s not clear for how long.

It’s interesting to know that “ie” is not the only value allowed for the “output” parameter. You can also use: “linux“, “bsd“, “microsoft“, “mac“, “unclesam” to see other old templates for Google search.