Google’s real-time search results have been enhanced with a timeline restricted to Twitter messages.

“The first page will show you the familiar latest and greatest short-form updates from a comprehensive set of sources, but now there’s a new chart at the top. The chart shows the relative volume of activity on Twitter about the topic,” explains Google.

For now, Google’s timelines show Twitter messages posted since February 11, but Google promises that they will be extended to the entire Twitter archive. After all, Google paid Twitter to have access to the data.

Here are some examples of searches that show the timeline: [Toyota], [Android], [Shakespeare], [Happy new year]. 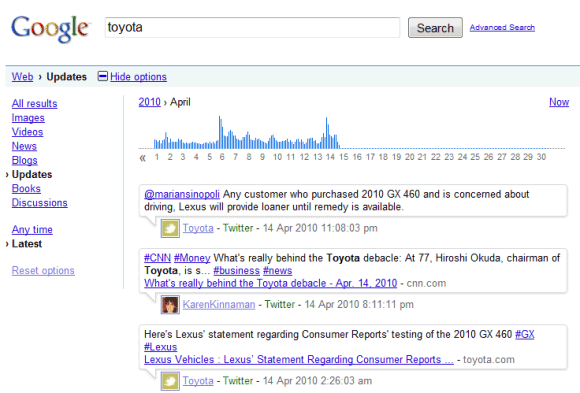 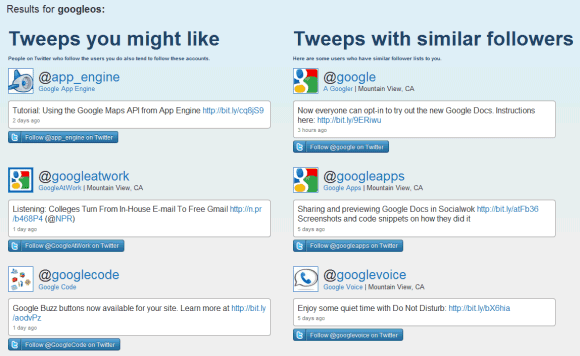 Steve Rubel spotted a feature recently added to Google’s real-time search engine. If you Google a popular query and go to the “updates” section, you’ll see see a list of web pages frequently linked from messages posted on services like Twitter, Google Buzz, FriendFeed etc. Try one of the hot topics from Google Trends and you’ll certainly get a list of popular links. 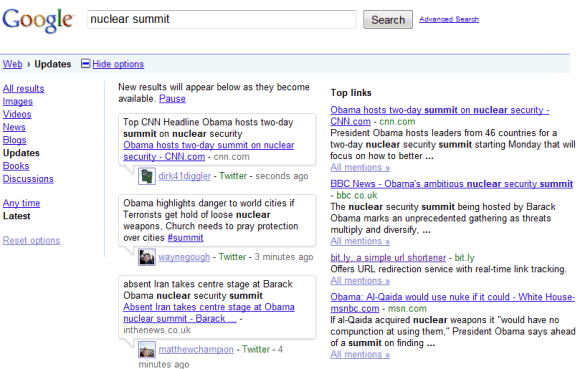