Google Music Lyrics is a Greasemonkey script that adds a lyrics panel to Google Music. It only works in Firefox and there’s a single lyrics provider: SongLyrics.com. 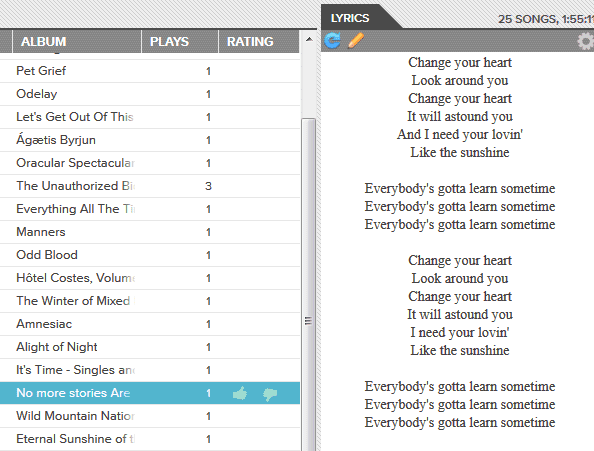 The lyrics are cached so that they’re displayed instantly the next time you play the same song. You can also edit the lyrics and the changes are saved using HTML5 local storage. To hide the panel, click the title.

Chris Hendry, who developed the script, plans to add other lyrics providers, allow users to import and export lyrics and to make the script work in Google Chrome.

﻿You can use Google Music Beta on an iPad and even on an iPhone or iPod Touch, but some users complained that it didn’t work for them. Google Music loads well, but after clicking the “play” button nothing happens.

Here’s a trick to make Google Music work every time: start playing a song, pause and play again. It’s unfortunate that you have to use a workaround, but Google Music doesn’t officially support Safari for iOS. The system requirements page says that it only supports “Google Chrome, Firefox, Safari, and Internet Explorer 7 and above” and that you need Adobe Flash. 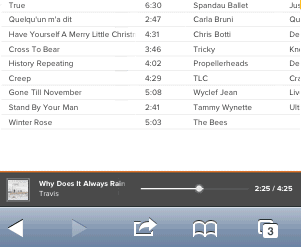