In November, Search Engine Land reported that Google started to test a new user interface that’s more consistent. “I don’t like jazz, because you never know what’s going to happen next,” explained Google’s Marissa Mayer said. “I’ve been calling this problem ‘user interface jazz.’ This result looks this way, and that result looks that way [something much different], and it really does slow you down.”

Instead of switching to an entirely different interface when you go from the standard search results to Google Image Search, Google Video or Google Book Search, you’ll see the same interface. There’s a new left-hand column that replaces the expandable “search options” sidebar. It looks like a vertical navigation bar and it shows the most relevant specialized search engines and the most useful filters that help you refine your query.

Since November, Google has tested many versions of the interface and added features like location detection and “not entirely unlike” search suggestions. Lately, a lot of users started to see the new interface and that’s a clear sign that Google will release the UI soon. 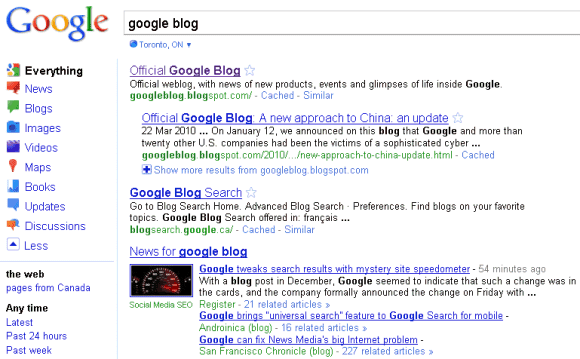 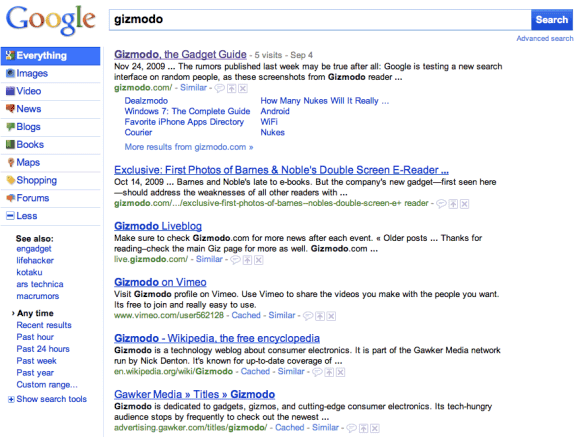 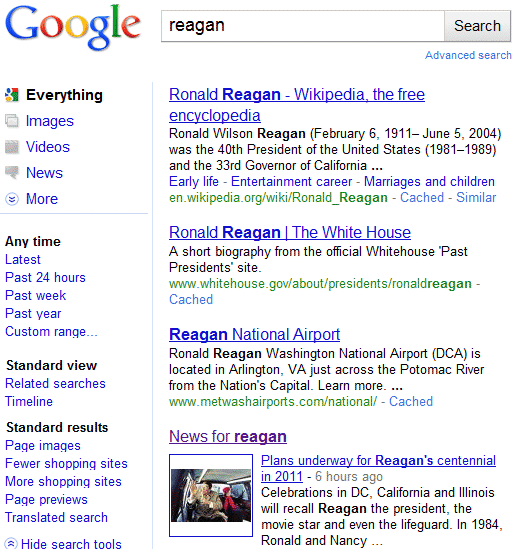 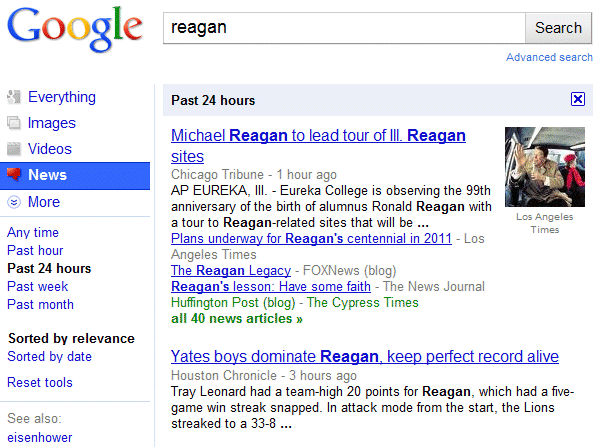 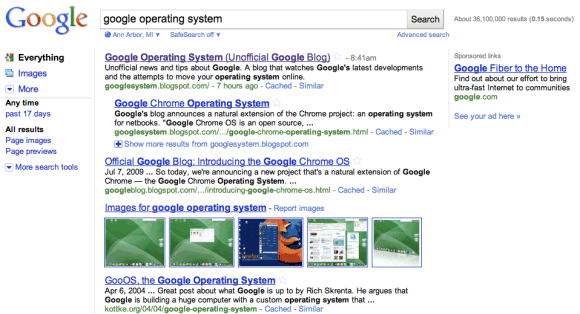 { Thanks, Richard, Dan, Kherlen, Mike, Travis, Victor, Pal, Rami, Luka and everyone else who sent a tip at gostipsATgmailDOTcom. }