To get useful recommendations, you first need to share your ratings with your friends, but Hotpot’s main problem is that it’s not connected to any social network. When you first visit the service, Google asks you to enter a nickname for Google Places and to send invitations to some of your Gmail contacts. You’re creating a new contacts group in a standalone application, instead of using an existing list of friends. 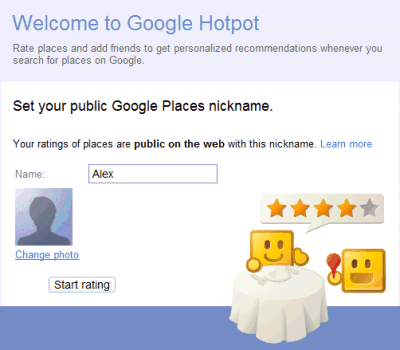 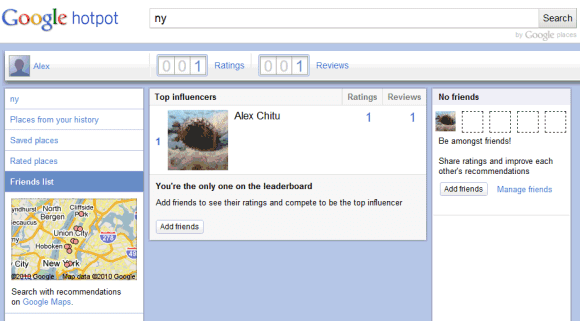 Google Hotpot is mostly useful when you try to find a place using Google’s local search engine. Google personalizes the results by promoting the local businesses recommended by your friends.

Unfortunately, Hotpot is a completely unnecessary service, considering that you could already review places and that the reviews were already public. Google Maps was one of the first Google services that integrated with Google Profiles, so sharing your ratings with your friends was the obvious next step. Google Reader did that in 2007, but many users were unhappy because their favorite posts were automatically shared with Google Talk contacts and some of those contacts were automatically added by Google. Two years later, Google Buzz made the same mistake by automatically subscribing users to the list of Google Talk friends.

Google will never develop successful social services until users are able to create a list of friends that could be used in multiple services. To avoid the backslash from the Google Buzz launch, Google Hotpot asks you to manually add friends, but maintaining separate lists of friends is cumbersome.