Today, scientists announced a new hominid fossil discovery in the Cradle of Humankind World Heritage Site in South Africa. The discovery is one of the most significant palaeoanthropological discoveries in recent times, revealing at least two partial hominid skeletons in remarkable condition, dating to between 1.78 and 1.95 million years. We are especially excited because Google Earth played a role in its discovery. 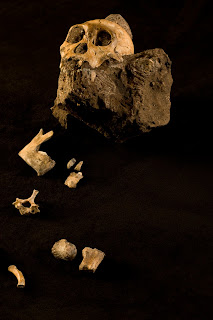 So how did this come about? Back in March 2008, Professor Lee Berger from Witswatersrand University in Johannesburg started to use Google Earth to map various known caves and fossil deposits identified by him and his colleagues over the past several decades, as it seemed the ideal platform by which to share information with other scientists. In addition, he also used Google Earth to locate new fossil deposits by learning to identify what cave sites looked like in satellite images. 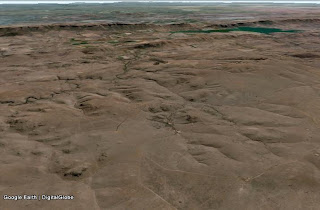 At the beginning of this project, there were approximately 130 known cave sites in the region and around 20 fossil deposits. With the help of the navigation facility and high-resolution satellite imagery in Google Earth, Professor Berger went on to find almost 500 previously unidentified caves and fossil sites, even though the area is one of the most explored in Africa. One of these fossil sites yielded the remarkable discovery of a new species, Australopithecus sediba. This species was an upright walker that shared many physical traits with the earliest known species of the genus homo — and its introduction into the fossil record might answer some key questions about our earliest ancestry in Africa.

We’re absolutely thrilled about this announcement, and delighted that our free mapping tools such as Google Earth and Google Maps continue to enable both individuals and distinguished scientists to explore and learn about their world. With these tools, places both foreign and familiar can be explored with the click of a mouse, allowing for new understandings of geography, topology, urbanism, development, architecture and the environment. Our efforts to organize the world’s geographic information are ongoing — but at the end of the day, seeing the way these tools are put to use is what most inspires us.