You might have noticed that Google Calendar has a new favicon that replaces a monthly calendar with a daily calendar.

Google Calendar is not the only Google services that has recently updated the favicon: Google Sites and Google Translate have new shortcut icons and it’s likely that many other Google sites will use the colorful images from this page. 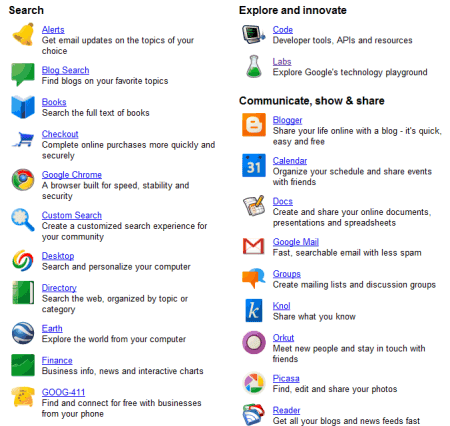 Note: If you’re already using Google Calendar Sync, you’ll need to download and install this new version in order to be able to sync with Outlook 2010. This is a standalone sync tool for Google Calendar only.

The recent update to the Google Calendar interface is now the default for all Google Apps domains. Some of the changes include a change to colors, less white space and the ‘Create event’ link is now a button. The link for ‘Tasks’ has also been removed and is now a calendar.

Previously, this new interface was only available to domains that had the ‘Enable pre-release features’ checkbox enabled in the administrator control panel. The new interface will now be the default, irrespective of this setting.

Google Calendar gets a new look
The Google Calendar team has been doing some spring cleaning. On Wednesday, we revealed Google Calendar’s new cleaner design. We streamlined text that appears in the interface, made the controls more compact and created more space on screen to display information from your calendar. 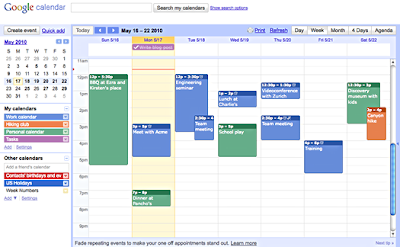 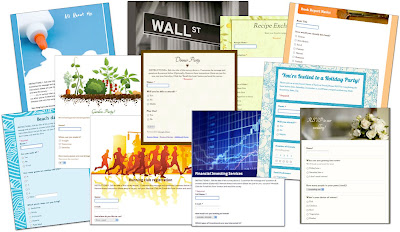 Drag images into Gmail messages
On Tuesday, we simplified a common action: inserting images in a Gmail message. If you use Google Chrome, now you can drag images files from your computer’s desktop or folders onto the body of a message you’re composing, and Gmail will add the image to your message. You can easily resize the image right in the Gmail compose window before hitting “Send.” 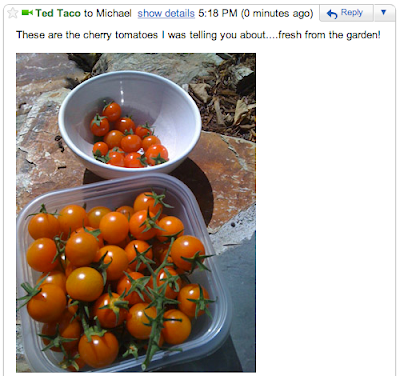 Google Voice open to students
We’ve heard from many students how Google Voice makes it easier to deal with the process of getting a new dorm phone number and moving back and forth between school and home each year. Voicemail transcriptions that students can glance at while in class are also useful. To help more students take advantage of these tools, last Friday we opened up Google Voice for students with .edu email addresses. Try it out!

Google Wave (Labs) open to all
Google Wave is a new team collaboration application that brings discussion and debate right into the context of content people are working on together. For the last year, Google Wave has been available to a limited set of testers and early users, but on Wednesday we moved Wave to Google Labs and now anyone can sign up. If you use Google Apps at your business, school or organization, your IT manager can enable Wave from the Google Apps control panel now, too.

Contextual gadgets in Gmail
Gmail can already display previews of documents, videos and photo albums so you don’t have to switch back and forth between windows, and now Google Apps customers can add other contextual gadgets from the Google Apps Marketplace. There are already gadgets for project management, social networking, rich contact profiles and much more, and we hope developers will build their own contextual gadgets with the new Gmail API.

Who’s gone Google?
Thousands more businesses and schools have “gone Google” since our last update, including Arista Networks (where Andy Bechtolsheim serves as Chairman) and Smart Furniture. Both of these companies had a common motivation for moving to Google Apps: being able to focus their precious resources on core business challenges by letting technology experts at Google handle the day-to-day operations of running an email system.

Google Calendar has a new look that’s more consistent with other Google services like Google Docs or Gmail. Google says that the only functionality that has changed is that the Tasks link has been removed.

“Create event” is now a button, instead of a link. The calendar from the left sidebar has more visible arrows and it no longer has a blue background. 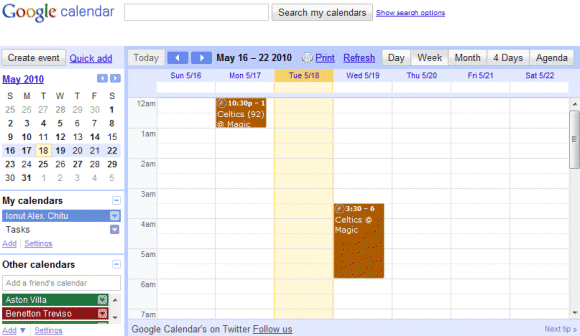 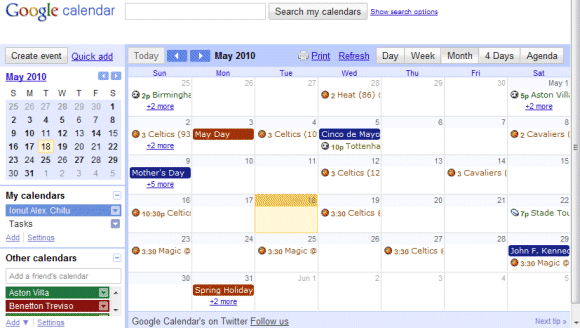 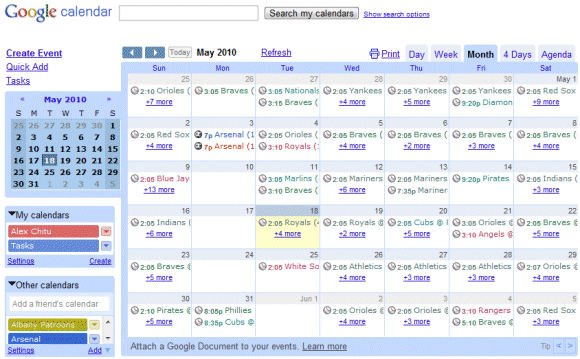 Update: The new interface is also available for Google Apps, but administrators need to enable pre-release features in the “domain settings”.

Google Calendar Connector for Lotus Notes is a native Notes database that you can install onto one or more of your Domino servers.

It allows users in the same organization experience a level of coexistence between Notes Calendar and Google Apps Calendar. It is ideal for use by customers who are migrating to Google Apps from Lotus Notes where they want to retain free/busy visibility across both systems during the migration period. Free/busy look-up is supported in both directions.
How to access what’s new:
Download Here
Note: Google Calendar Connector for Lotus Notes is currently available only in the following countries: Australia, Austria, Belgium, Bulgaria, Canada, Cyprus, Czech Republic, Denmark, Estonia, Finland, France, Germany, Greece, Hungary, Iceland, Ireland, Italy, Japan, Latvia, Lithuania, Luxembourg, Malta, Netherlands, New Zealand, Norway, Poland, Portugal, Romania, Slovakia, Slovenia, Spain, Sweden, Switzerland, Turkey, United Kingdom.
If your country is not listed, you will need to wait until approximately the second week of June to download the product.

Gmail is even more integrated with Google Calendar: when you compose a new message, you’ll find a new interface for sending invitations. Click “Insert invitation” and Gmail opens a new dialog that lets you find the best time for your even by showing the events from your calendar and from the calendars of people you are inviting. You can also type the location of the event, a description and choose a calendar for the event. 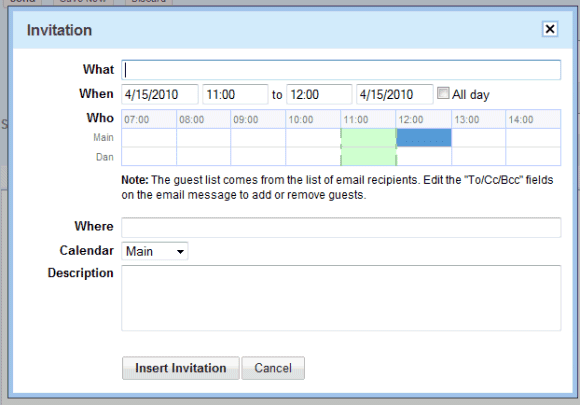 After entering all the details, the event is added to the email message and you can still edit the event or remove it.

Scheduling meetings is tough, but rescheduling is even harder. We all know how frustrating it can be to try to find just the right time that accommodates everyone’s availability and preferred working hours. Throw in different time zones and conference rooms and it goes from painful to excruciating. We’d rather schedule dental appointments.

On the Google Calendar team, we’ve noticed that when people talk about scheduling they say things like “I’m trying to find a time” or “let’s search for a new date.” We wondered what would happen if we treated calendaring more like a search problem. Just as Google search applies ranking algorithms to return the most relevant results from the web, we hoped we could rank meeting times based on criteria important to the person scheduling the meeting.

Today we’re launching the result of that experiment, a gadget called Smart Rescheduler, in Google Calendar Labs. Once you enable the Lab, you can find a new time for an event simply by clicking on a link. Our schedule search algorithm will return a ranked set of the best candidate dates and times based on the calendars others have shared with you. You can read more about it on the Gmail Blog.

So next time your boss says “We need to reschedule,” just smile and say “I’m feeling lucky.”