Google announced that GOOG-411, the free directory assistance service launched in 2007, will be discontinued next month. GOOG-411 is available in the US and Canada, where it was launched as a free alternative to the expensive services provided by telephone companies.

The service has helped Google build a large database of voice samples and improved the voice recognition technology. Here’s what Google’s Marissa Mayer said about GOOG-411:

“The speech recognition experts that we have say: If you want us to build a really robust speech model, we need a lot of phonemes, which is a syllable as spoken by a particular voice with a particular intonation. So we need a lot of people talking, saying things so that we can ultimately train off of that. … So 1-800-GOOG-411 begin_of_the_skype_highlighting 1-800-GOOG-411 end_of_the_skype_highlighting is about that: Getting a bunch of different speech samples so that when you call up or we’re trying to get the voice out of video, we can do it with high accuracy.” 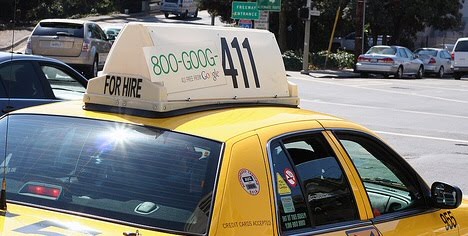 2007 was also the year when iPhone and Android were launched. Smartphones turned out to be better suited for voice-powered search because the service was easier to use and it could integrate with the phone. Google launched a mobile voice search app for iPhone in 2008, a built-in search app for Android in 2009, followed by voice input and voice actions this year. The mobile Google Maps app for Blackberry, Symbian and Windows Mobile added support for voice search, which now works in more than 10 languages.

Google no longer focused on GOOG-411 and decided to discontinue the service. “Our success encouraged us to aim for more innovation. Thus, we’re putting all of our resources into speech-enabling the next generation of Google products and services across a multitude of languages,” explained Google.

Here’s one of my favorite Google promotional videos: