Last year, I posted about a new Gmail feature that will prioritize important messages. This feature will be available soon and it’s called Priority Inbox.

“Priority Inbox is a new view of your inbox that automatically helps you focus on your most important messages. Gmail has always kept spam messages out of your inbox, and now we’ve improved Gmail’s filter to help you see the emails that matter faster without requiring you to set up complex rules. Priority Inbox splits your inbox into three sections: Important and unread, Starred, and Everything else. Messages are automatically categorized as they arrive in your inbox. Gmail uses a variety of signals to predict which messages are important, including the people you email most and which messages you open and reply to (these are likely more important than the ones you skip over).” 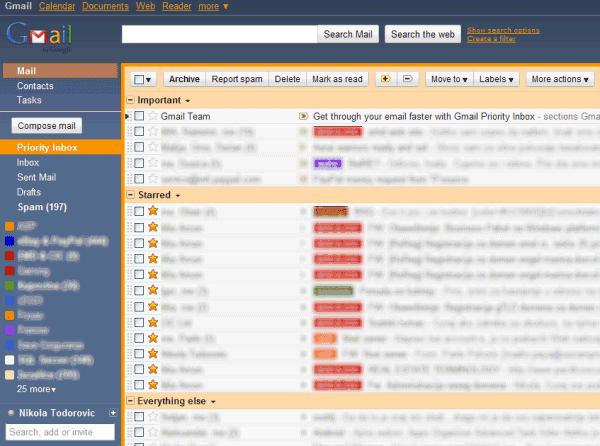 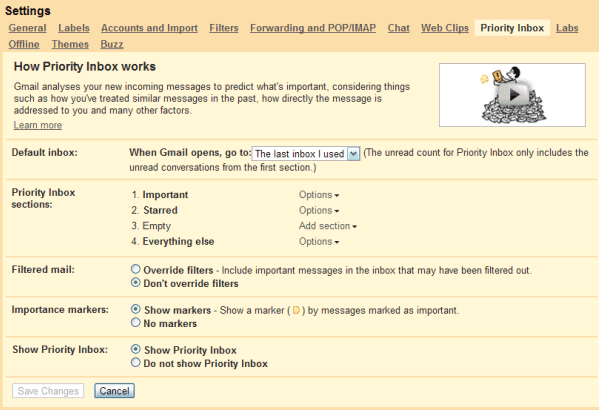 Gmail also adds two buttons that let you classify messages as important or unimportant, just like the “Mark as spam” and “Not spam” buttons. Unlike spam filtering, finding important messages is more difficult because you can’t use information from other accounts to classify messages.

Priority Inbox will be available in Gmail and Google Apps over the next week, but you’ll only see it in Google Apps if the administrator has enabled “pre-release features“.

Tidbit: Gmail uses the “important” label to classify messages, so that’s the reason why you can’t create a label named “important”.

{ Thanks, Niranjan, Tillmann and Nikola. }