Many people complain that installing an app from the Chrome Web Store only adds a fancy icon to the new tab page. Most of the apps are actually bookmarks to web pages and that doesn’t seem to add any value. 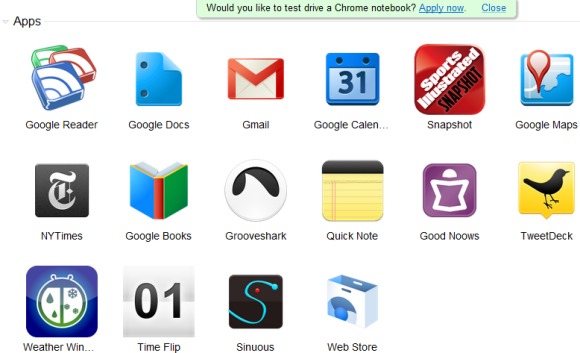 Google Chrome cannot magically transform a web page into a web app, that’s what developers need to do. Unfortunately, many developers were lazy and didn’t bother creating app-like interfaces. Chrome Web Store is just the place where you can find web apps, read reviews and bookmark your favorite apps.

Nelson Minar points out that there are two kinds of web apps in the Chrome store: hosted app and packaged apps. Hosted apps are normal websites that can be loaded using any web browser. Packaged apps only live inside Chrome: they work offline and they use the extensions API to integrate with the browser. You can easily tell a packaged app from a hosted app by looking at the address bar – if there’s no URL, it’s a packaged app.

Google Books is an example of hosted app, while TweetDeck and Quick Note are examples of packaged apps. You’ll find a lot of hosted apps in the Chrome Web Store, but not all hosted apps are the same: a few apps work offline and have app-like interfaces (NYTimes is a good example of news app), some apps have app-like interfaces but don’t work offline (Google Books and Grooveshark), while other apps are regular sites (for example, Google News and Google Finance). 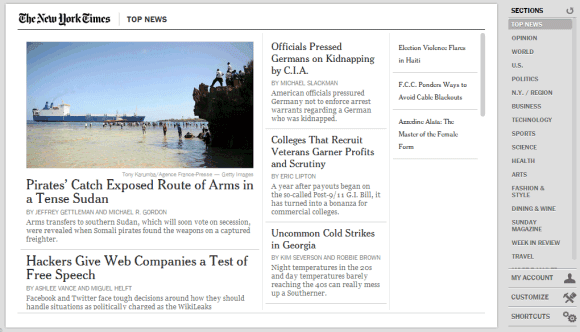 According to Google, web apps are “applications you can run inside your browser with a dedicated user interface and, typically, rich user interaction. We’ve already had the concept of ‘web apps’ in the browser for a few years, as something more rich and interactive than a website, but less cumbersome and monolithic than a desktop application.”

Unfortunately, Google’s store doesn’t properly label apps, so it’s difficult to find apps that work offline, apps that have a “rich user interaction”, apps that only live inside Chrome, apps that don’t require Chrome OS. The ideal web app is not a packaged app that’s only available in Google Chrome and doesn’t have a web address, but it’s interesting to see that some of the best apps in the Chrome Web Store are packaged apps.

Nelson Minar thinks that “we’re at a transitional moment for web apps: distinctions between web sites and local applications are being blurred by HTML 5’s application caching capability and APIs like local storage. If I were building a web app now I’d build it entirely in generic HTML 5 that works in any browser but uses all the fancy new HTML 5 stuff to make it work like a locally installed application. Then make it a Chrome hosted app to take advantage of the Web Store marketing channel. I’d avoid the extension / packaged app route unless there’s some technical capability I really need that’s missing in HTML 5.”

{ inspired by a Google Buzz discussion. }