Google’s CEO, Eric Schmidt, made an interesting comment about Chrome OS and the potential users of a Chrome OS tablet:

Chrome OS, Schmidt said is focused on selling Netbook-class computers to early believers in cloud-based storage. The first devices, which he reiterated will come this year, will use either Intel or ARM chips, have a keyboard and won’t have local storage beyond that needed to cache data.

“People who believe in cloud computing, believe in the benefits of Web computing and who are Chrome users will be the target market,” he said. “It’s probably a large market.”

Google Chrome has more than 70 million users, but not all of them switched to Chrome because it’s a good platform for Web apps. Few Chrome users will decide that Google Chrome is the only important application they use and migrate to a Chrome OS tablet. Google should promote the tablet as a complementary device for browsing the Web and running Web apps, a device that boots quickly, updates automatically, doesn’t require maintenance or security software. 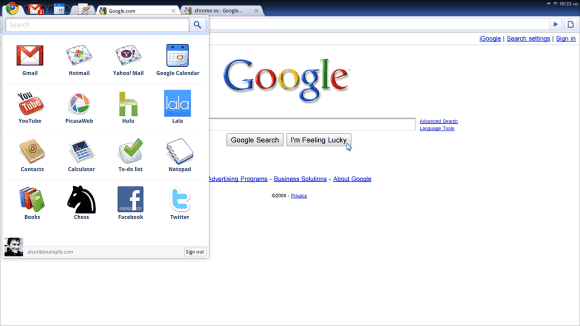 It’s interesting to read Andy Rubin’s blog post that explains why Google decided to close the Nexus One online store:

“While the global adoption of the Android platform has exceeded our expectations, the web store has not. It’s remained a niche channel for early adopters.”