Even if tech blogs keep track of the number of apps in the Android Market, it’s important to know that Android users can install applications from other sources. If Google decides that an application like Music Junk should be removed from the Market, you can install it from SlideME or from any other website.

There are many reasons why the number of Android apps is still small: Android Market is not available for all Android phones, paid apps are only available in a few countries, there’s no official web interface and Google has rarely promoted Android Market. That’s why I decided to share some of my favorite Android apps. I’ve only tested them using Google Nexus One, but they should work on other Android phones.

1. Quick Settings replaces a lot of widgets: it’s the quickest way to turn off WiFi, to change brightness settings, to turn off auto rotation or turn on bluetooth.

2. NetCounter is a simple application that monitors network traffic for 3G and WiFi. It’s useful if you don’t have a mobile data plan or your traffic is limited.

3. AppBrain is a useful service that lets you find other great Android applications. It shows recommendations, applications that are suddenly popular and it also have a web interface.

4. Cubed is a music player with an innovative user interface. It’s better looking than the stock music player and it’s fun to use. 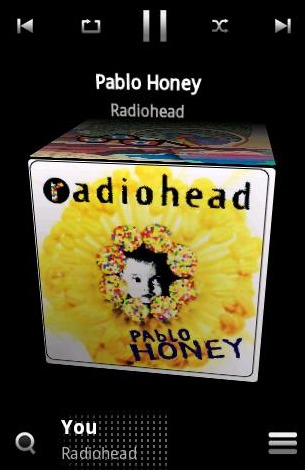 5. Spare Parts is an application from Android’s SDK which shows a lot of interesting stats about your phone’s battery and a summary of application usage. If you’re wondering how much time your Android phone spent with screen on or you want to monitor the network traffic of an application, use Spare Parts.

6. Astro is one of the best Android file managers and it comes with a lot of nifty perks, including an image viewer and an archive viewer.

7. AK Notepad is a simple application for writing notes. You can add a note to your home screen, add a reminder or export it to a text file.

8. StopWatch provides a stop watch timer, a countdown timer and has a very simple user interface.

9. Ethereal Dialpad lets you “create flowing music with an expressive touch synthesizer”. It’s relaxing and you never get bored using it.

10. Seesmic is my favorite free Twitter client for Android. It has support for multiple accounts, background notifications and it has a great composing dialog.

11. Google Translate combines translation with a text-to-speech service. If you use voice input, you don’t even have to type the text you want to translate.

12. Nexus One Torch – probably the best flashlight application for a rooted Nexus One.

What are your favorite Android applications?