After more than three months of testing, the new Google Maps navigation controls have replaced the classic tabs. By default, Google shows a small preview of the satellite imagery and a link to the traffic layer, but you’ll get more options if you mouse over “satellite” or “traffic”. 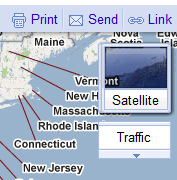 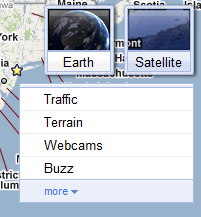 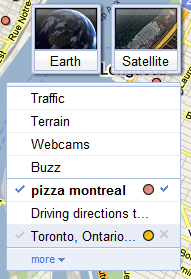 “When we launched Google Maps, we had one layer — the map. Since then, we’ve added more than ten different ways to explore the world around you, including photos, transit and traffic information, as well as satellite and terrain views. We’ve now updated the design so that you can more easily see and switch between the various viewing options that are available,” explains Google.

I find the new interface more confusing, but I admit that it will better accommodate the new layers that will be released. Until now, if you wanted to switch to the satellite mode, you clicked the “satellite” button and that was it. Now Google shows a lot more options when you mouse over the button and you might even forget what you wanted to do.