Google News has a new section that lists the most shared articles. It’s not clear if Google counts the number of people who used the sharing feature from Google News or tracks the references from Twitter and other social sites, but Google’s chart is not very reliable. When I started to write this post, the most popular news article was a story about Google’s Groupon acquisition that has been shared by 2,189 people. 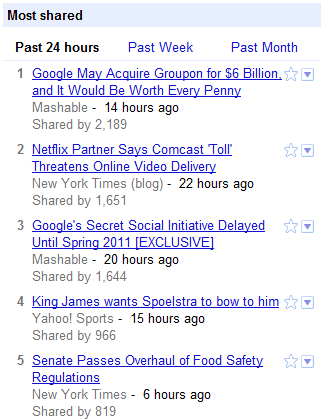 15 minutes later, the most popular article was a NASA press release shared by 10,893 people. 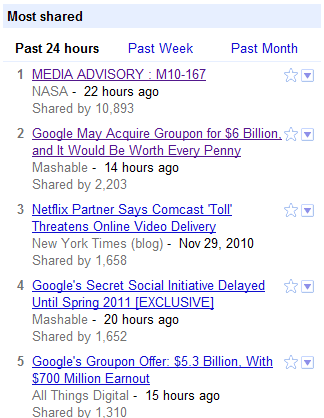