If there’s one thing that Google should do to improve Android, it’s developing a better Android Market. Google’s app store has a lot of limitations, it still doesn’t have a desktop interface, applications are priced in multiple currencies, and it’s not easy to find new applications.

Android Developers Blog announced that people from 18 additional countries will be able to buy Android apps. The new countries are: Argentina, Belgium, Brazil, Czech Republic, Denmark, Finland, Hong Kong, India, Ireland, Israel, Mexico, Norway, Poland, Portugal, Russia, Singapore, Sweden, and Taiwan. Google says that paid apps will be available over the next two weeks. Android Market’s paid apps will be available in 32 countries and Google promises to bring them to even more countries in the coming months.

Now that many other companies develop Android app stores, Google has to improve the Android Market if it doesn’t want to see too many Android phones without the market. 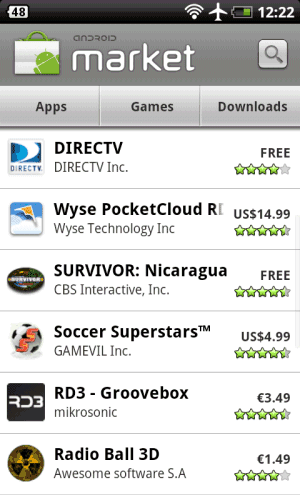