It is estimated that at least 6 million gallons of oil have leaked into the Gulf of Mexico since the Deepwater Horizon explosion a month ago. Cleanup efforts are underway, but the oil has spread extensively around the Gulf and along the southern U.S. coastline. Oil has begun washing up on the beaches of Louisiana and the delicate wetlands along the Mississippi River, and can spread to Florida and throughout the Gulf as weather conditions change. This sequence of images, coming from NASA’s MODIS satellites, illustrates the movement and growth of the oil slick over the past few weeks: 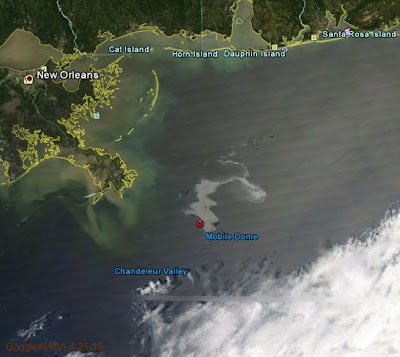 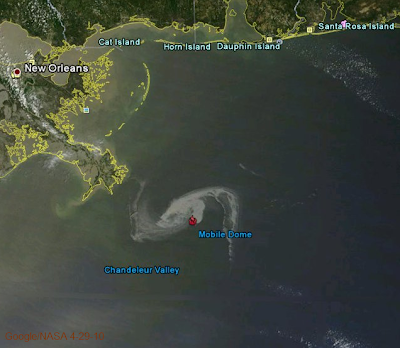 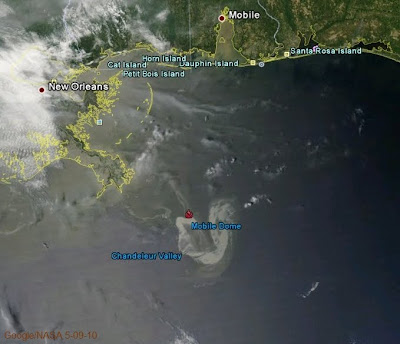 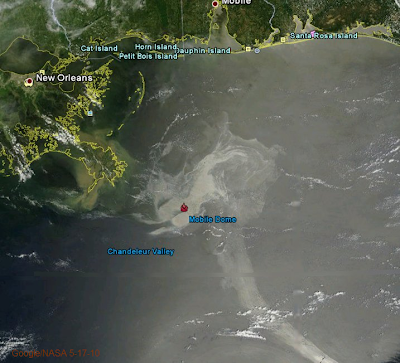 The last image, taken earlier this week (on May 17), shows the coastal areas currently at risk from the spreading oil, and can help those working on the wide range of relief efforts. 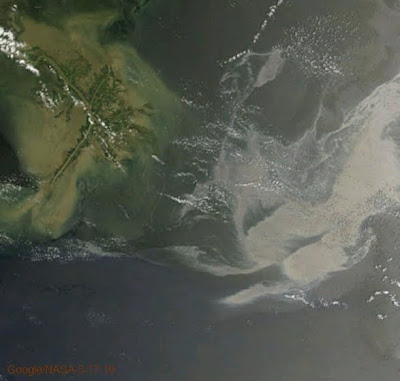 You can view this and other MODIS imagery in Google Earth by downloading this KML. You can also view additional imagery and find other resources and news at our oil spill crisis response page.