Google Chrome 11 added support for HTML speech input API. “With this API, developers can give web apps the ability to transcribe your voice to text. When a web page uses this feature, you simply click on an icon and then speak into your computer’s microphone. The recorded audio is sent to speech servers for transcription, after which the text is typed out for you.” 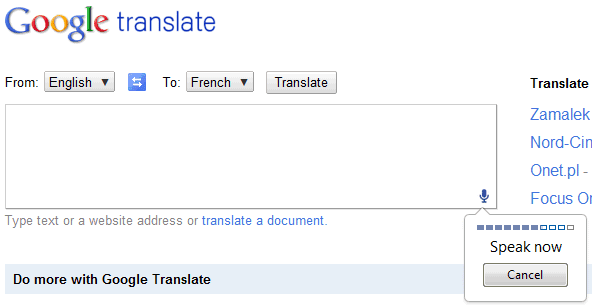 One thought on “Google Translate, Now With Voice Input”