Google offers three services for translating Microsoft Office documents, but none of them works well. You can upload documents to Google Translate, but the output is an HTML file that can’t be properly saved and that doesn’t include images. There’s also Google Translator Toolkit, which has a buggy document converter. Google Docs has a translation feature, but the document is first converted to HTML and the original formatting isn’t always preserved.

“Its benefits are that you can save the documents in their original file format and also maintain the original layout (fonts, tables, columns, spacing, etc.). It basically replaces the text of the file while keeping everything else,” explained a user of the service. 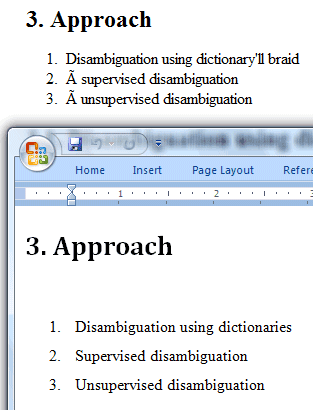