The results aren’t great and it will be difficult to improve them, but it’s still an interesting experiment. Here’s an example of translation:

“Translating by machine from Latin is difficult and our grasp of grammar not without error. The Latin is unmatched because most of them Latin books have already been written and only a few of the new shall be hereafter. Many have been translated into other languages and these translations we use to train our translation system. Since this system translates books well similar to those from whom he learned, our ability to translate famous books (such as The Gallic War Caesar ‘s) is already good.” 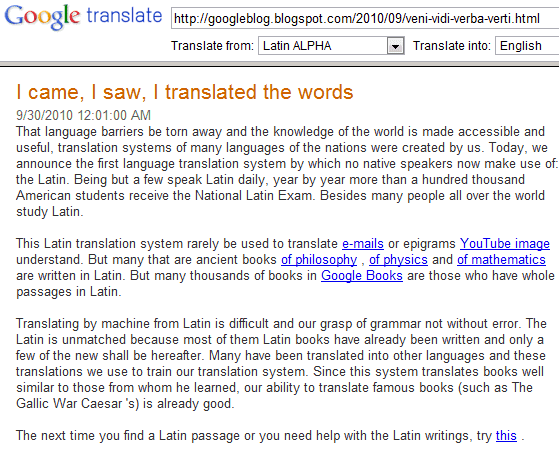