Google’s free navigation software is now available in Australia and New Zealand. “Google Maps Navigation is a feature of Google Maps for Mobile that provides voice-guided turn by turn directions in real time. That means that instead of printing out your directions in advance, or having your co-pilot read aloud from list of directions, you can use your Android smartphone to guide you there directly,” explains Google. To use this feature you need a smartphone that runs Android 1.6 or a more recent version of Android. 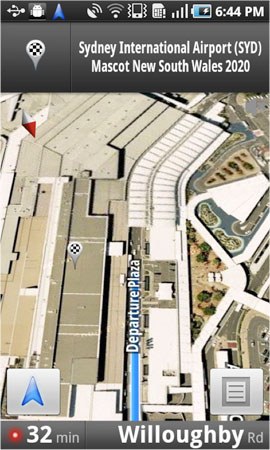 At the moment, Google Maps Navigation is available in 17 countries, but this number will increase when Google starts to use its own mapping data in other countries. As Greg Sterling points out, “at some point during the course of the past couple of years, perhaps catalyzed by the shock of Nokia’s roughly $8 billion acquisition of Navteq, Google decided it needed to ‘own’ maps top to bottom. Since that time the company has been making a systematic effort to collect and improve the base data for this highly strategic product. That’s partly what Street View driving is about: getting roads and other data for Maps (and now Navigation) in addition to imagery and WiFi hotspot locations.”