Google Voice available for more users
Last week we were happy to open up Google Voice for everyone in the U.S. Now millions more people can get a phone number that rings all their phones, voicemail that works like email, free calls and text messages to the U.S. and Canada, low-priced international calls and more. Google Voice isn’t ready for businesses and schools quite yet, but we’re exploring additional functionality for organizations.

View more file types right in your browser
Gmail already lets you view .pdf, .ppt and .tiff attachments in your browser without downloading these files to your computer, and last week we added support for viewing .doc and .docx files. Just click the “View” link next to the attachment in Gmail to see the file.

On Monday we also added the ability to view .pdf, .ppt, .doc and .docx files that you have in Google Docs on mobile devices. From your iPhone, iPad or Android device, you can quickly flip from page to page and pan/zoom within a page. 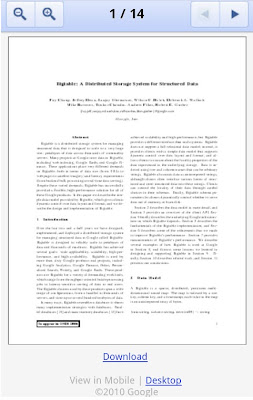 Optical character recognition (OCR) in Google Docs
You were already able to upload and share images and PDF files with Google Docs, and last week we launched a feature that converts images of text into editable text. JPEG, GIF, PNG and PDF files can be uploaded as editable Google documents with this feature. Supported languages include English, French, Italian, German and Spanish, with more languages and character sets on their way. 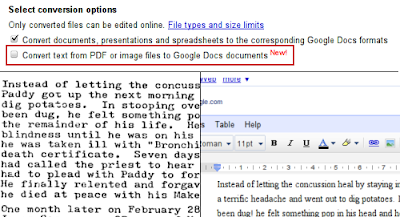 Support for Google Apps customers with multiple domains
Until last Wednesday, Google Apps customers with users at more than one domain (like bob@domain1.com and sue@domain2.com) had to manage Google Apps separately for each domain. Last week we added the ability for customers to administer two or more domains together. This feature also makes it much easier for employees to share information through Google Docs, Calendar and Sites with their counterparts in different divisions. For example, Brady Corporation is using this feature to streamline the use and administration of Google Apps across 88 domains!

Google Apps Innovation in the first half of 2010
Businesses using Google Apps not only save money, but also their employees get access to new features and functionality at a much faster pace than with conventional business technologies. We’ve launched over 50 improvements to Google Apps in the last six months, and last week we hosted a webcast to recap noteworthy recent updates for businesses, including more powerful search in Gmail, next-generation editors in Google Docs, Google Wave, the Apps Marketplace and more. If you missed the webcast, you can watch it on YouTube.

Who’s gone Google?
We’re thrilled about the news from Colorado and Iowa, both of which have opened the doors to Google Apps for teachers and students at schools state-wide, right on the heels of Oregon’s decision to use Google Apps at their schools, too.

We also wanted to shine the spotlight on a couple other new customers: Brown University and Imagination, an 800-employee marketing and communications agency based in the U.K. You can watch their stories here:

I hope you’re making the most of these new features, whether you’re using Google Apps with friends, family, coworkers or classmates. For more details and updates from the Apps team, head on over to the Google Apps Blog.