Gmail’s contact cards, which show up when you mouse over the sender of a message or a Gmail Chat contact, have a new interface. Action buttons are displayed at the bottom of the card and you can no longer edit the name of a contact inline. When you click on the name of a contact, Gmail opens the contact manager.

Contacts cards haven’t changed too much since 2007, when Google released a major Gmail update. 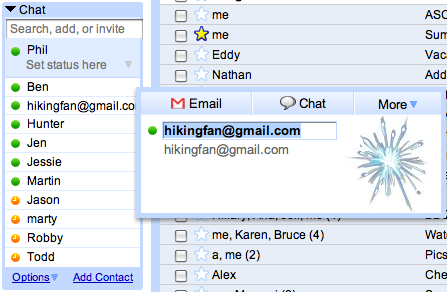 If you’d like to see how much Gmail has evolved since 2007, open Gmail’s old version. It’s surprising to see that Gmail still offers the old version, which lacks most of the features released in the past three years.

{ Thanks, Itamar and Angelo. }